Tell us about your favorite or a most terrifying, frightening, or eerie classic (novel, poem, short story) you have ever read.

EVER!?  Hmmm – that will take some remembering, and I’m not certain my remembery will – ummm – remember.

I don’t read a lot of horror or suspense. I’ve only read one horror story thus far for my quest, Frankenstein, but the creature is more pitiable than scary. Doc Frankenstein isn’t scary; he just needs to be slapped.

But I digress. I only remember two stories that really frightened me. They will likely not be on anyone else’s list.

101 Dalmatians by Dodie Smith. I was twelve and Cruella de Vil scared me to death. It's actually a pretty good book by the way, not just a Disney film.

But that’s just honorable mention. The real terror was Gollum from The Hobbit by J.R.R. Tolkien, specifically The Hobbit. Gollum was not nearly so terrifying in The Lord of the Rings.

So why? Well for starters, I was 10. By this point in the tale, I was very fond of Bilbo and already pretty scared for him. He was lost, alone, in the dark, in a goblin cave. And then – this thing – with pale glowing eyes, creepy hissy voice, and the gollum sound – so yeah – I was terrified. I think part of the terror was the unknown. The only baddies I’d encountered thus far in Middle Earth were trolls, rock giants, and goblins. I knew there was a dragon lurking near the end of the tale, but all of these were sort of half-expected, and well defined.

And, I happened to be reading this portion, late at night, in the basement.

Deep down here by the dark water lived old Gollum, a small slimy creature. I don’t know where he came from, nor who or what he was. He was Gollum – as dark as darkness, except for two big round pale eyes in his thin face.

There’s more of course, about how Gollum liked to throttle goblins and eat them, and how he spotted Bilbo before Bilbo spotted him, and snuck up on him. All quite terrifying.

from A Farewell to Arms by Ernest Hemingway

Teaser Tuesdays is a weekly bookish meme, hosted by MizB of A Daily Rhythm.

Anyone can play along! Just do the following:
• Grab your current read
• Open to a random page
• Share two (2) “teaser” sentences from somewhere on that page
• BE CAREFUL NOT TO INCLUDE SPOILERS! (make sure that what you share doesn’t give too much away! You don’t want to ruin the book for others!)
• Share the title & author so that other TT participants can add the book to their TBR Lists if they like your teasers!
Posted by Joseph at 5:10 AM 10 comments:

I haven’t written a NOVA entry in weeks – **sigh** life – and to be honest, I don’t expect this entry will be very long.

I’ve had a minor run of Chick Lit lately, and happy to be starting a string of more testosterone laden stories.

I suppose someone will take issue with the characterization of these as Chick Lit. So before I begin defending myself, let’s be clear which books I’m talking about. My last four reads:

The Scarlet Letter by Nathaniel Hawthorne
Mrs. Dalloway by Virginia Woolf
Light in August by William Faulkner
The Prime of Miss Jean Brodie by Muriel Spark

So yeah, we can throw Light in August out, but other than that, two of them have women's names right in the title, and The Scarlet Letter will ALWAYS have a woman on the cover, so I'm standing by my characterization as Chick Lit.

This is not to say, I didn’t like them, or that I don’t like a good romance or strong female character. I do. It’s just that with three of the last four, rather feminine themed, I am ready for a good strong manly story.

Who better to turn to than Ernest Hemingway for a little shameless machismo. I’m not saying I’m a fan of his personal life, or the overt worldly explorer persona. I’m just saying Farewell to Arms, comes at a good time.

Followed by some other Male Tales:

About this time, I should be ready for some Austin, Brontë, or Alcott again.
Posted by Joseph at 8:07 AM 2 comments: 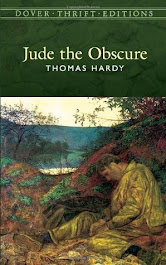 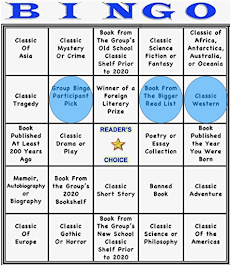