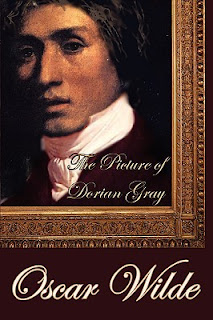 He had uttered a mad wish that he himself might remain young, and the portrait grow old; that his own beauty might be untarnished. ~ narrative regarding Dorian’s thoughts

This is the second time I’ve read The Picture of Dorian Gray and it remains the only work I’ve read by Oscar Wilde; it is his only novel. The book is a gothic novel set in Victorian era England. It is the third-person narrative of Dorian Gray, and as you might guess involves a picture, painting to be precise, of the title character. The picture is mysteriously endowed with magical qualities that creates a strange and fantastic relationship between picture and subject.

This novel satisfies 2017 Back to the Classics Challenge category #7 – A gothic or horror classic.

I was looking forward to this read, as I remembered liking this novel very much the first time I read it at least 10 years ago. I liked it even more this time as I realized a much more profound meaning.

Dorian Gray, an exceptionally beautiful (never described as handsome) young man, has his likeness painted by Basil Hallward: a friend of Dorian’s and an artist of moderate distinction. Lord Henry Wotton, a friend of the artists, is introduced to Dorian and the painting. Hallward and Lord Henry agree it is Hallward’s masterpiece, and they heap praise on the impressionable Dorian. During a philosophical discussion on the qualities of youth and beauty, Dorian uttered a mad wish that he himself might remain young, and the portrait grow old; that his own beauty might be untarnished

I don’t suppose it is too much of a spoiler to tell you – Dorian’s wish comes true.

But it is a bit more profound than that. For it seems that not only time, but any sin, any vice, any unkindness that Dorian commits, has a defiling effect on the picture.

But neither the reader or Dorian realizes this until Dorian falls madly in love with a beautiful young actress Sybil Vane. After an uncharacteristically poor stage performance, Dorian is repulsed and rejects Sybil permanently, leaving her distraught and despairing.

Shortly thereafter, Dorian notices the first defect in the painting. He tries to convince himself it is his imagination, but eventually he cannot deny that it has changed and now displays a touch of cruelty in the mouth.

This physical revelation of the ugliness of his sin drives Dorian to repent.

One thing, however, he felt that it had done for him. It had made him conscious how unjust he had been to Sibyl Vane.

He is genuinely contrite and truly realizes the vanity and cruelty of his actions. He writes a long letter to Sybil begging forgiveness and professing pure and undying love.

But sadly, some things cannot be undone. The painting becomes an ever-present accuser in Dorian’s life.

For every sin that he committed a stain would fleck and wreck its fairness. But here was a visible symbol of the degradation of sin. Here was an ever-present sign of the ruin men brought upon their souls. The portrait was to bear the burden of his shame: that was all. While Dorian…had always the look of one who had kept himself unspotted from the world.

Though it did cause him to reflect…wondering sometimes which were the more horrible, the signs of sin or the signs of age.

The story fast forwards nearly 30 years, and the reader realizes that, perhaps in despair at learning of his inability to atone for his sin, Dorian has led a hedonistic and libertine existence. He still looks young and innocent, but secretly takes perverse pleasure in watching the increasing corruption of the painting, which is by now vile and hideous.

Dorian keeps the painting locked away in the attic where no one but himself can ever view it.

And then, he reveals the painting, and its incredible secret to one soul.

Dorian then commits his greatest sin. So great that his guilt drives him to once again avow repentance and atonement, only once more to learn his actions cannot be undone.

As I mentioned, I was more impressed with this second read. There are profound themes of sin, guilt, repentance, atonement, free will, and fatalism. I quite concur with Wilde’s apparent premise that our vices take their toll even in our physical frame, and I certainly agree that the consequences of some actions cannot be stopped.

Some readers might find Wilde’s story fatalistic and without hope. Dorian seemed unable to escape his fate, but personally, I think Dorian was a grim lesson of the fine line that can separate despair from glory. Dorian came oh so close on several occasions to righting his course. I don’t take his failure to mean that Wilde was suggesting it is impossible to do so, but merely pointing out how fine the line and how horrible the consequence.

Dorian is far too wise not to do foolish things now and then, my dear Basil.

But Basil tried to disbelieve the evil rumors. When he is forced to face Dorian’s corruption he tries desperately, and almost successfully, to warn Dorian away. He implores Dorian that

Though your sins be as scarlet, yet I [God] will make them as white as snow. Sadly, Dorian considers himself beyond redemption.

And finally, Sybil Vane: I found her name interesting and tend to think Wilde chose it intentionally. Sybil denoting a prophetess, and vane perhaps a play on vain. Dorian’s love was certainly quite vain, and Sybil turned out to be the harbinger of his doom.

Side note about cover art: One of the problems with any cover art for this novel is that the cover can never live up to Wilde’s description of Dorian. He is repeatedly described as extraordinarily beautiful – almost supernaturally so – no cover art seems adequate. They often fail to coincide with his physical description of gold hair, curls, blue eyes, and red-rose lips.

Film Rendition:  1945 with 20-year-old Angela Lansbury as Sybil is very good, and quite faithful to the novel.
.
Posted by Joseph at 4:40 PM 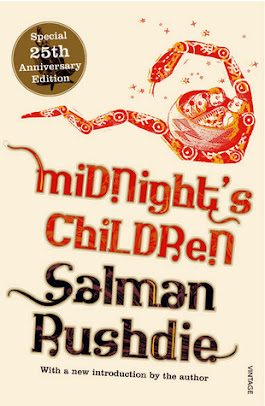