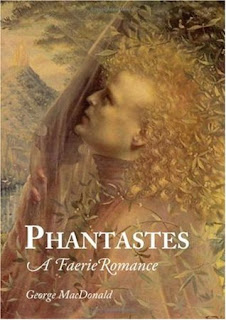 I learned that it is better, a thousand-fold, for a proud man to fall and be humbled, that to hold up his head in his pride and fancied innocence. ~ Anodos

The title and subtitle A Faerie Romance is the synopsis: it is an adult fantasy, fairytale, romance. I’ve wanted to read MacDonald, since learning how he influenced two of my favorite authors: J.R.R. Tolkien and C.S. Lewis. Lewis called MacDonald his master. There is a very good documentary on the three of them called: The Fantasy Makers. I highly recommend it.

This short novel seemed more of a children’s fairytale than one for adults. Admittedly, the distinction is imprecise. Phantastes holds many marvelous, magical scenes, beneficent beauties, and malevolent monsters – all of which would capture the wonder and imagination of a child. But for me, it lacked a coherent theme. There is a theme I think, selfless love of ideal beauty. The hero, Anodos is pulled into the magical faerie realm where he discovers and pursues his ideal woman; but in totality the story lacked cohesion. It seemed to be a series of fantastic events, with little interdependence, concluding with the transformation of the hero.

Thus I, who set out to find my ideal, came back rejoicing that I had lost my Shadow. ~ Anados

There is no explanation of the term Phantastes. 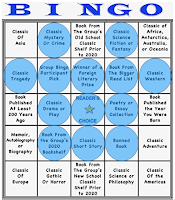 This novel satisfies square G-1, Classic Sci-Fi or fantasy in the 2020 Classic Bingo Challenge, and A Genre Classic: Fantasy in the Back to the Classics Challenge 2020.

They who believe in the influences of the stars over the fates of men, are, in feeling at least, nearer the truth than they who regard the heavenly bodies as related to them merely by a common obedience to an external law.
…there is plenty of room for meeting in the universe.
Cosmo himself could not have described what he felt. His emotions were of a kind that destroyed consciousness, and could never be clearly recalled.
Silence rolled like a spiritual thunder through the grand space.
I walked listlessly along. What distressed me most – more even than my own folly – was the perplexing question, How can beauty and ugliness dwell so near?