The Corrections by Jonathan Franzen (novel #185) 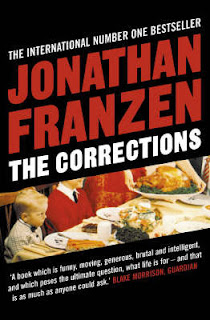 The Corrections is set in the fictional mid-western town of St. Jude. It concerns
senior citizens Albert and Enid Lambert, and their three adult children, Gary, Chip, and Denise. It takes place in the late 1990s with numerous flashbacks to the family’s past.

Albert the strict patriarch and retired railroad engineer has Parkinson’s and shows increasing signs of dementia. Enid, deludes herself that he will get better and desperately tries to arrange one last Christmas with the entire family – but it doesn’t look likely. The eldest Gary, is a successful banker, alcoholic, and probably clinically depressed. Chip, is an intellectual, and something of a flake. The youngest Denise, is a rising star chef, but her personal life is a mess. Each suffer guilt, and try in some way to do their duty to their parents, but never to Albert or Enid’s liking. Each of them have left the Mid-West, and its values, to pursue their dreams and passions in the fast-paced bustle of the East Coast.

Nor do Albert and Enid care for each other’s way of dealing with their new reality.

But against all odds, all three children make it to St. Jude for Christmas. Gary without his wife and children, Denise after being fired, and Chip barely escaping Eastern Europe with his life. But Enid, blissfully ignorant of these details exclaims...

This is the best Christmas present I’ve ever had!

But the euphoria does not last, as all are confronted with Alfred’s condition, and numerous uncomfortable changes it seems to require.

The “corrections” refers to the down-turn in technology sector stock prices of the late 90s, concurrent with events in the novel. It is a metaphor for gradual “corrections” to the lifestyle, behavior, and expectations of the Lambert Family, and on a larger scale, emblematic of the changing American values of the day.

It’s a poignant depiction. Superbly written, believable, quirky, and funny at times. But, I can’t say I enjoyed it. I don’t think it’s meant to be enjoyed, but, in spite of dealing with aging parents myself, I didn’t relate very well to any of the three children.

I may be the exception though. The story received high acclaim and resonated with many, winning the National Book Award in 2001.

The title is an homage to William Gaddis’ novel The Recognitions, which I will be reading sometime in the next year or so. 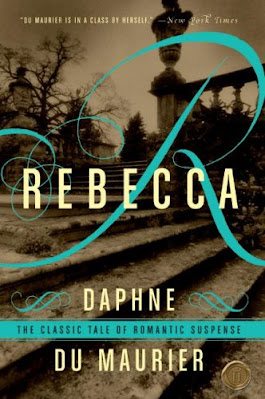