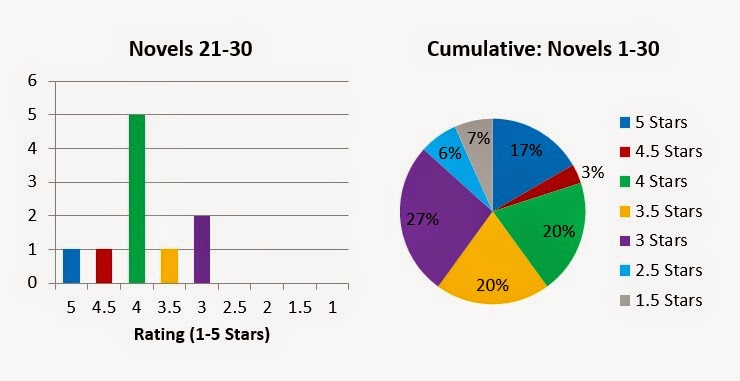 Favorite: Gone with the Wind

Best Hero/Heroine: Scarlett O’Hara from Gone with the Wind

Most Villainous: The Judge from Blood Meridian

Most interesting/Complex character: Alyosha from The Brothers Karamazov. Honorable mention to Starbuck from Moby Dick.

Best Quotation: Father Zosima from The Brothers Karamazov, speaking of secular humanists: They aim at justice, but denying Christ, they will end by flooding the earth with blood.

Best Subtitle: The Evening Redness in the West from Blood Meridian

Best film adaptation: Quite easily, Gone with the Wind. I just watched it on the big screen, for a 75th anniversary special event.

Worst film adaptation: The Adventures of Huckleberry Finn, the 1960 version I randomly picked was pretty horrible.
Posted by Joseph at 9:35 PM