I saw this first at Zezee With Books and she got it from booktuber SophiesSeries. Since I didn’t do anything for Thanksgiving on my blog – well, now I am.

Characters from Literature at your Thanksgiving Meal

Chase after a turkey – as in hunt it down to kill it right? That would be Sophie’s father from Tom Jones, though I don’t believe turkeys are found in Jolly Ole England.

Most likely to spare the bird? I can’t think of anyone that quite fits this bill, so I’ll go with Melanie from Gone with the Wind, as she is one of the sweetest, gentlest characters I’ve read.

The Drama King/Queen
What book character would be most likely to start an argument at the table?

The Space Cadet
What character would accidentally set the oven on fire?

Might have to go back to Gone with the Wind – This time Scarlett. It could also be Dora, David’s first wife from David Copperfield.

The Loner
What character would most likely be a loner on Thanksgiving? (because, let’s face it, no one wants them there).

The one character from my reading that I want least at my Thanksgiving dinner is Caligula from I, Claudius. I’ll throw in Suaron from The Lord of the Rings as dishonorable mention. 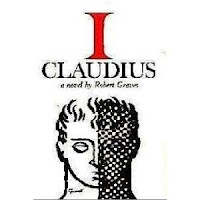 The Perfectionist
What character would be too preoccupied making sure that everything at the event is absolutely PERFECT?

Only because she was planning a dinner party in the novel, I’ll say Mrs. Dalloway.

The Embarrassment
Which fictional character has a littleee too much (AKA a LOT) of the holiday spiced apple cocktail?

The Consul from Under the Volcano. Close second is any Hemingway main character.

What book are you least thankful for this year?

What book are you MOST thankful for?

Atlas Shrugged by Ayn Rand. The Count of Monte Cristo seemed like the obvious choice at first, since I gave it 1/2 star more, but it was a reread and Atlas Shrugged was a new find. It is brilliant. Oddly enough, I’m now on my second ever Ayn Rand Novel, The Fountainhead, and I’m not loving it.

Name one random thing that you’re thankful for.

I’m thankful this was not called the Turkey Day book tag. Hope you had a blessed Thanksgiving.
Posted by Joseph at 3:19 PM