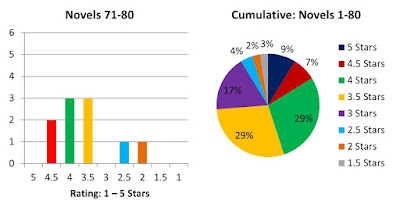 Most Villainous: Monsieur and Madame Thénardier from Les Misérables

Runner up, not so profound, but goodness could a man make use of such a line: When Milly smiled it was a public event – when she didn’t it was a chapter of history. ~ narrative from The Wings of the Dove

Best Subtitle: No subtitles in this group

Best film adaptation: 2012 musical version of Les Misérables, because it is true to the book (other than the whole musical part).