I got this from Hamlette over at The Edge of the Precipice. It’s quite simple, a book tag based on the Christmas song The Twelve Days of Christmas 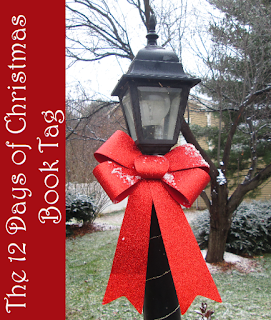 1. A Partridge in a Pear Tree -- book that involves agriculture

This was harder than I thought it would be. There are many books with a minor reference to farming, planting, growing, etc., but few I’ve read where it is a major theme, so I had to rely on an obvious choice…Animal Farm

2. Turtledoves -- book about a long-lasting relationship

I’m going to cheat just a bit – it’s OK, the rules are more like guidelines. I think the intent is a long-lasting romantic relationship, but I’m going with Death Comes for the Archbishop which is a sweet tale of the very long sanctified relationship between Bishop Latour and Father Vaillant. Both men are also wise as serpents, and gentle as doves (see what I did there).

There were quite a few good ones to choose from, so I am going with the most recent I’ve read…Germinal

4. Calling Birds -- book where people talk on the phone

My somewhat tongue-in-cheek choice is Atlas Shrugged, as passive aggressive commentary on the one thing I didn’t like about Rand’s classic (not politically correct to like Ayn Rand – I know – you’ll get over it). The heroine, Dagny Taggert is in love with three men in two chapters, and has a fourth that is in love with her.

6. Geese A-laying -- book with a birth or that features babies

The main character goes swimming several times in The Sea, the Sea, and then nearly drowns in another incident, when he wasn’t intentionally going in.

The Good Soldier – I didn’t like this book, but it has one utterly (bad pun, I know) …one utterly unnecessary but delightful bit of narrative from the main character…

I chuckled over it from time to time for the whole rest of the day. Because it does look very funny, you know, to see a black and white cow land on its back in the middle of a stream. It is so just exactly what one doesn’t expect of a cow.

A Dance to the Music of Time – I don’t remember if there is a dance scene in the story, though there probably is, as it is a billion pages long, but the title is derived from a painting of the same name by Ncolas Poussin. The painting is depicted on the book cover of my edition. 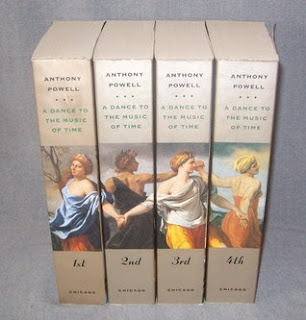 This was also harder than expected. My “athletes” would be more properly characterized as “sportsmen” for their rugged outdoor adventure in Deliverance.

12. Drummers Drumming -- book with characters in the military

A Farewell to Arms