A couple weeks ago, I posed the question: why is Star Wars such a phenomenon? 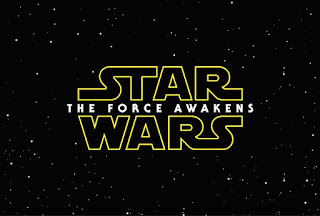 You know what? I don’t know?

I like Star Wars. I like it a lot. But I wouldn’t say I love it, even though I am responsible for one of the greatest Star Wars fans of all time, my youngest brother, and three pretty big fans in my three children. But I don’t really know why it is such a phenomenon.

First, an assertion – more of an opinion really: I don’t have statistical data to support this, but in my lifetime, I’ve never seen anything else like the Star Wars craze.

So what is it? Maybe you’ve never thought about it. Maybe I shouldn’t. But here’s the problem – it’s what I do. Professionally, I’m an analyst – a puzzle solver. I collect data, evaluate/validate the data, analyze it, and formulate an assessment, usually answering how, why, or what next. It’s a little like being given pieces of a jigsaw puzzle without seeing the finished picture, with more than 50% of the pieces missing, and extra pieces thrown in, and then trying to understand the big picture.

That’s what I’m trying to do with Star Wars. My first assessment is that it isn’t any single thing. I think Lucas and the other responsible parties either brilliantly or ignorantly stumbled upon the perfect storm of escapism.

But I don’t know. I still feel I’m lacking one epiphanous metaphor to explain it all.

What is a metaphor?

For grazing sheep.
Posted by Joseph at 11:52 AM