Bears on Wheels by Stan and Jan Berenstain: Guest book review by my Grandson Andrew 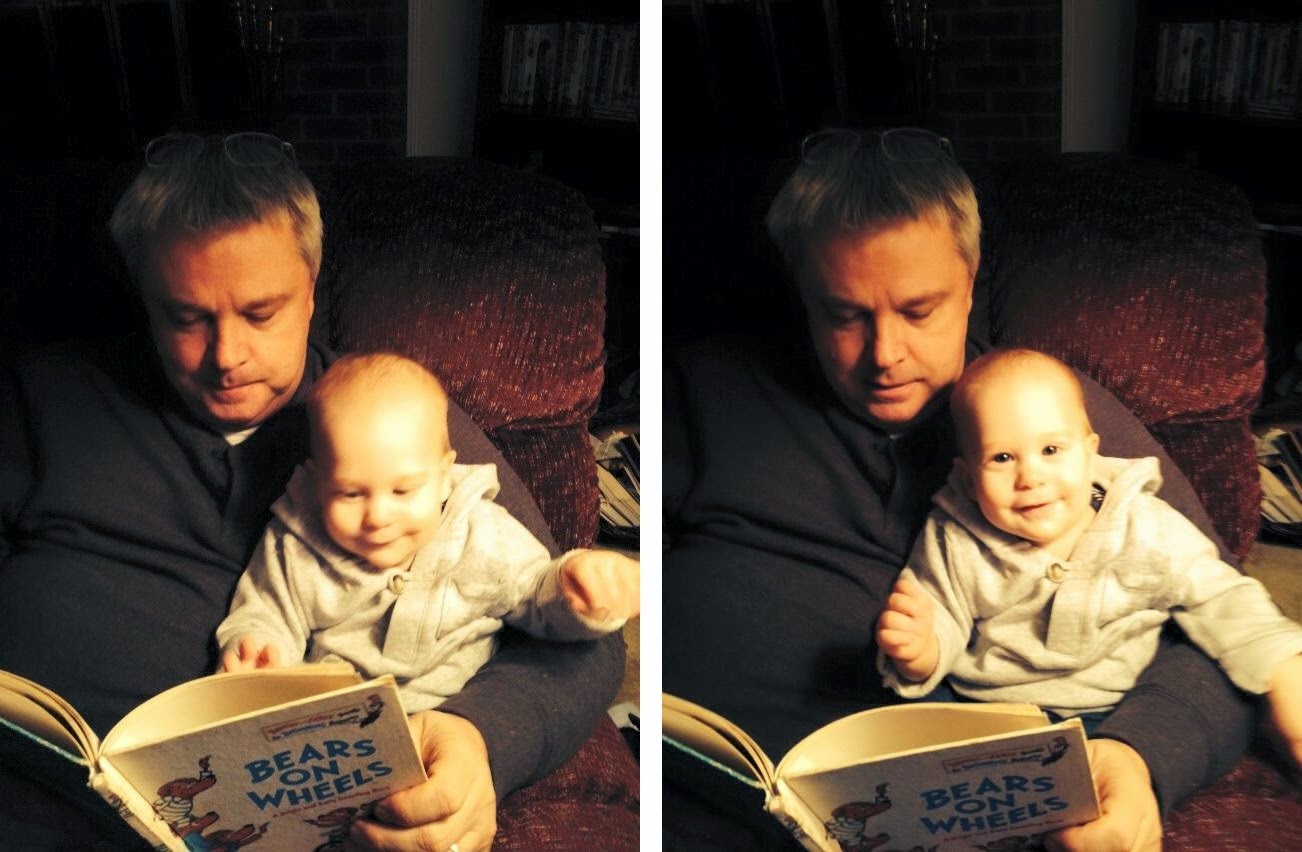 Back by popular demand, Andrew has submitted another book review. Sadly, this will be his last for a while, as his Daddy has taken a job some states away, and we won’t be reading together quite so often.

Andrew wishes to express Bears on Wheels is the story of Bears…wait for it…on wheels, as in pedaled cycles of various wheel configurations.  There is also a good deal of hopping about from one cycle to another. All very difficult to believe if one is not prepared to suspend disbelief.

Andrew felt that to call this a STORY is a bit of a misnomer though. He found the plot painfully weak and believes it is actually a thinly veiled subtext to get little tykes like himself interested in numbers and counting. As such, he felt it was a laudable effort, though largely wasted on him as he is only 8 months old and such things are incomprehensible at this point, and of little utility in his daily regimen.

Pardon me, Andrew corrects me…he is 8 months old, going on 9.

Nonetheless, Andrew thought the bears were very nice, which was a pleasant surprise; previously he thought members of the Ursa family of primates were kind of scary.

Andrew was also surprised to learn this book is not by his favorite author, Dr. Seuss. Somehow, he was under that impression, and is gratified to correct this shortcoming in his literary education.

He stated it all makes perfect sense now, because although the mixed poetry and prose was lighthearted, whimsical, and easy to follow, it clearly lacked the power and passion one is accustomed to from the good doctor.

not quite on par with Because a Little Bug went Ka-CHOO!, and certainly no Cat in the Hat.


Click HERE for more book reviews by my Grandsons and Granddaughters.