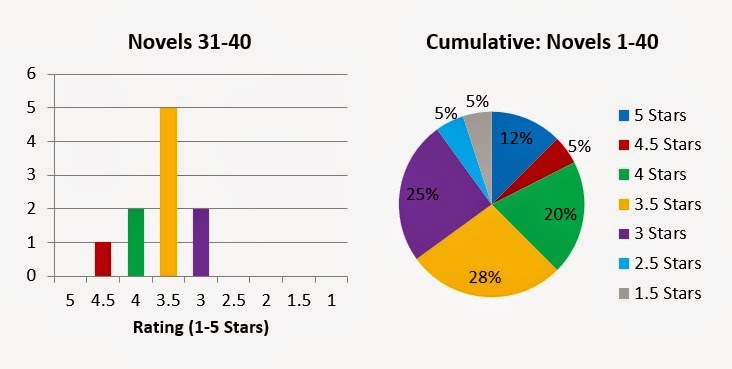 Most Villainous: Heathcliff from Wuthering Heights

Best Quotation: Whatever else is unsure in this stinking dunghill of a world a mother’s love is not. From A Portrait of the Artist as a Young Man

I had a hard time picking one, so two runners up:
Many years later, as he faced the firing squad, Colonel Aureliano Buendia was to remember that distant afternoon when his father took him to discover ice. Opening line from One-Hundred Years of Solitude.

Mrs. Poulteney believed in a God that had never existed; and Sarah knew a God that did. From The French Lieutenant’s Woman

Best Subtitle: No subtitles in this group

Worst film adaptation: None of them were terrible, so I’ll got with Wuthering Heights. A bit surprising since it stars the Greatest Actor of All Time, according to some, Laurence Olivier. But the film, not so much.
Posted by Joseph at 8:58 PM