Many of us lament the commercialism of Christmas; it’s almost cliché.

But many of us also participate in it, in fact I dare say most of us do, myself included.

This isn’t the worst sin in the world, and I certainly think it is possible to honor the true meaning of Christmas even if I spend somewhat excessively.

I won’t preach. I’m a Christian. If you read much of this blog, you know that. I’ll just offer two little thoughts on the true meaning of Christmas. 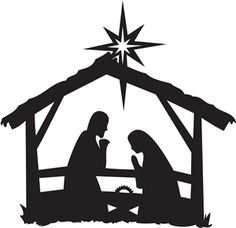 First, it’s marvelously expressed by that wise and innocent philosopher, Linus, of the late Charles Schultz creation, in a Charlie Brown Christmas. If you are not familiar with this gem – you ought to check it out.

Second, a pastor of mine some years ago, cited Christmas in a nutshell: The Son of God, became the son of man, that the sons of men, could become the sons of God.

If I may be so bold however, I’d like to offer a bit of practical advice, that can be kind of fun. As I stated earlier, most of us participate in the commercialism of Christmas. One of the ways we do this, one of the most insidious, is the simple, and actually sort of awful question we ask the children – what did you GET for Christmas?

I will resist the temptation to rant about why it is so awful. I think if this subject resonates, you will get it. But, I promised something fun didn’t I?

So rather, just for fun, for a change of pace, and a better implicit lesson, try asking – what did you GIVE for Christmas?

Don’t limit it to children. Seriously, it’s kind of fun.

Have a blessed Christmas and a joyous new year.
Posted by Joseph at 9:15 AM